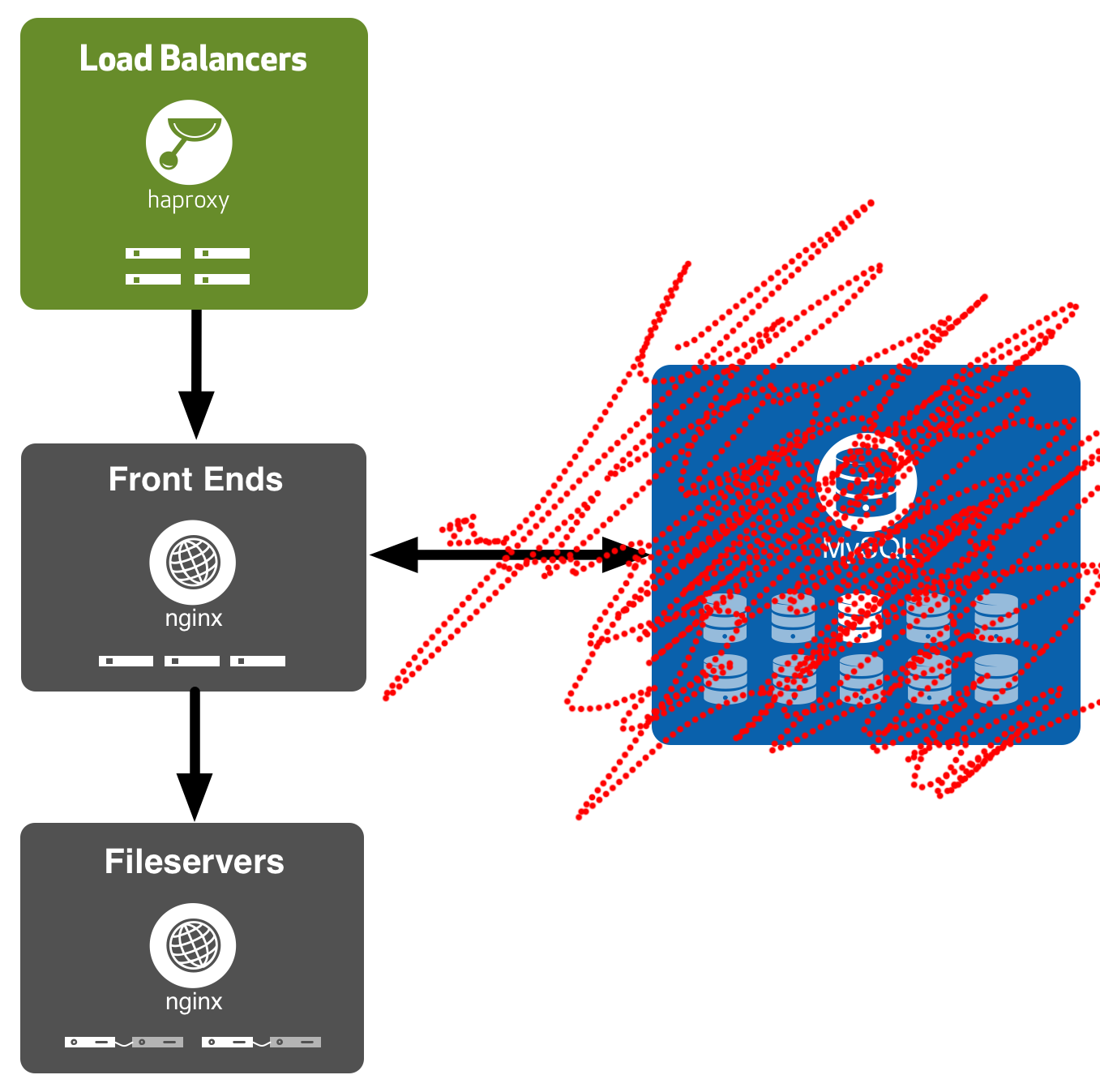 I wrote photobomb about a year ago to scratch an itch. I wanted to share photos with my friends and family, but was sick of handing Facebook all the control. When Facebook inevitably becomes as painfully uncool as Myspace, I don’t want all my memories to be trapped there.

What I needed was something that was really easy to use. That had to be true for both the people uploading images and the people viewing images.

Photobomb creates a not-hideous image gallery based on a folder on disk. It preserves the directory hierarchy so things are kept organised. When you click on an image, you get a bigger version of that image with a pretty lightbox and the option to download the original. It’s lightweight and responsively designed. 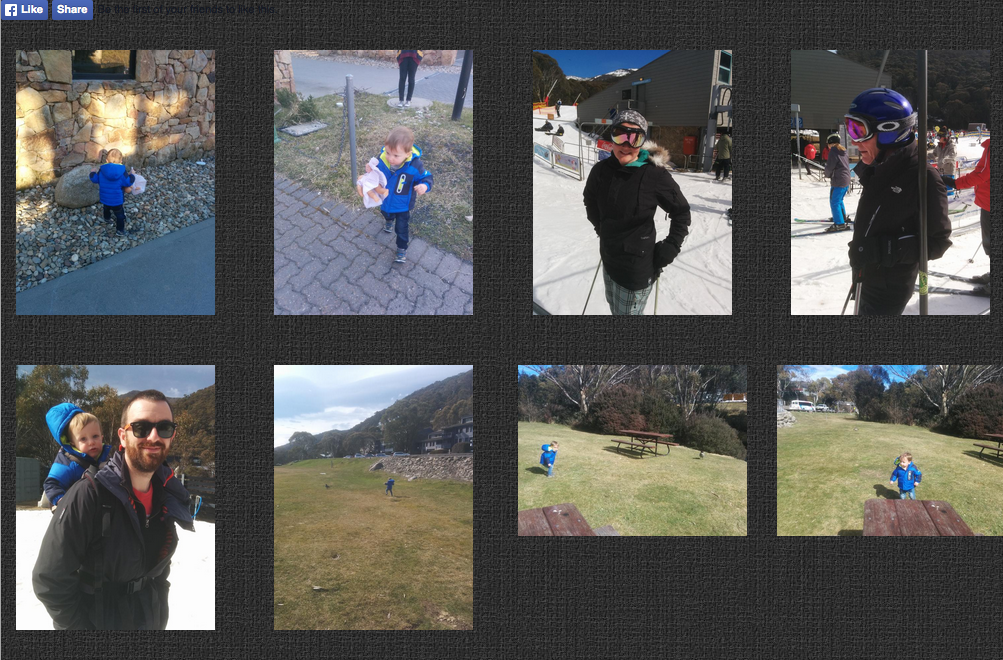 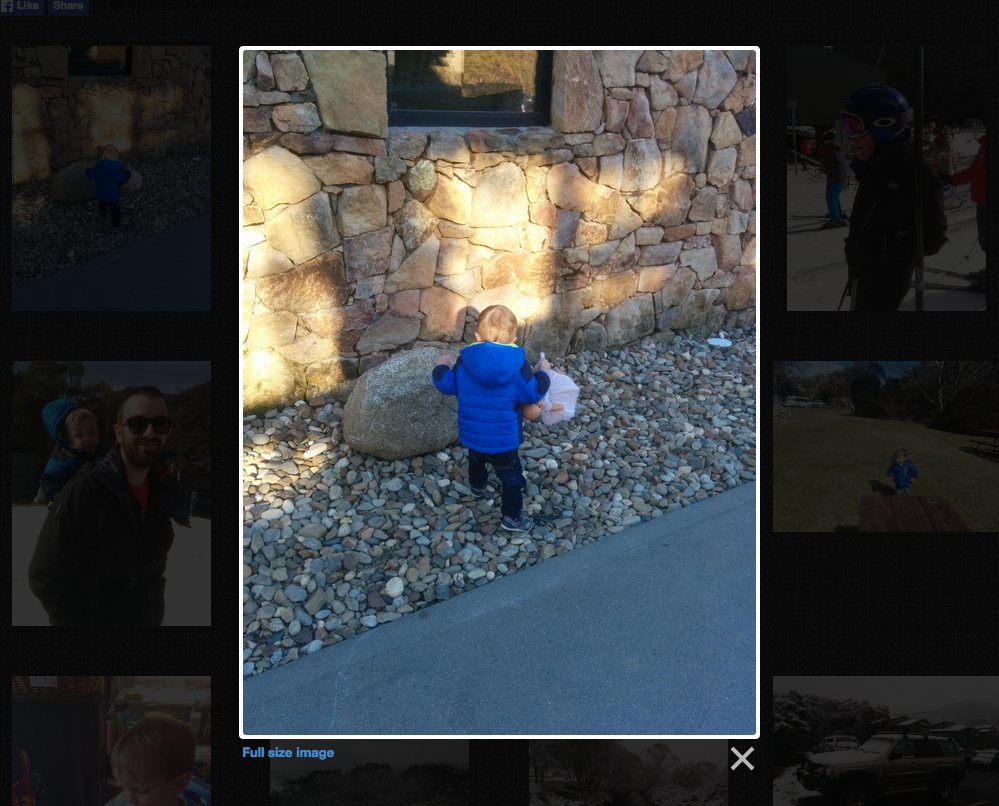 On the upload side, photobomb just watches a directory on disk. Any time an image appears in it, it creates the thumbnails it needs and starts serving it all. That’s it.

Personally I use BTSync to get the photos from my phone/laptop onto my server. You could use Dropbox, rsync, carrier pigeon, etc. Photobomb don’t care. So long as images show up in the filesystem, it’s happy.

As a little bonus, you can also configure a Facebook token so that people can Like and Share your galleries back on the FB platform. The content is still on your domain, on your server, though. If FB goes away in the future, we can just replace that little share button with whatever the new hotness is.

I’ve been happily using for the last year. It’s been great.

Changed strategy for the generation of internal compiler variable names. Note that this means that @example function parameters are no longer available as naked example variables within the function body.

I know this, because it broke my production code.

I love coffee-script, I think it’s great. I don’t really care one way or the other about semver, but I think it’s necessary.

Publishing your package on npm and not using semver is breaking a promise to your users. That’s a crummy thing to do, and it wasted a bunch of my life this evening.